WOW!!!  Subject for the discriminating Vintage Honda Enthusiast.  This is a RARE (1965/1966) Honda CB450 K0 Scrambler with the factory twin high pipes that were offered by dealers.  (Some say it was imported that way with the flat side covers or it was a kit. Who knows for sure?)    Mileage is 8793.   Bill of Sale only.

After doing a some research the Honda Black Bomber 450 was having some competition from the British Triumph market in the Scrambler division.  In order to compete Honda offered a factory scrambler for USA dealers.  And I was also getting conflicting stories of Honda importing only one year of this model.  There are so many “Honda experts”  they don’t even seem to know.  I have heard two different versions of the stories. Well, what matters most is this is true ” Barn Find “  that wants to be loved by an true Honda enthusiast.

This unique history of Honda Motorcycle Co. in the early years is represented in the CB450 K0 Scrambler.  The gauges were very period of other European  marques of the that era.  The body style is iconic of the 1960’s when you “met the nicest people on a Honda.”

This is a non running motorcycle which has been stored for many years, so no it does not run.  It is being sold as is. Please look at the pictures carefully before bidding and if you know what your bidding on then you know what you want.  I have never seen a Black Bomber 450 in real life, heard about them but now I know they actually exist.  Now is you chance to own one.  I have seen Black Bombers go between $3500 to $11,000.  There was even one called a Red Dragon but are also rare. I see this one was painted red originally.

Shipping is provided by the buyer.  Haulbikes.com usually has a good price.  Federal as many others.  International buyers will have to provide shipping as well.  Will assist as much as possible but would like to ship as soon as possible.  There is a $500 non refundable deposit after the auction is complete.

You are going to own a piece of Honda Motorcycle Co. History…Happy Bidding Now! 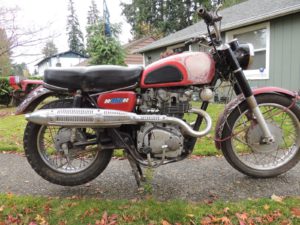 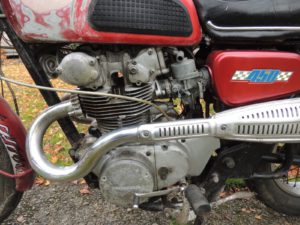 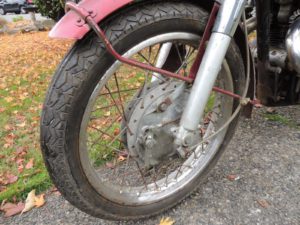 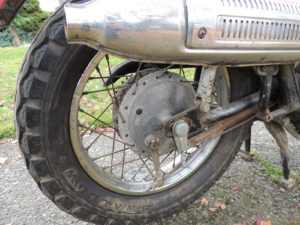 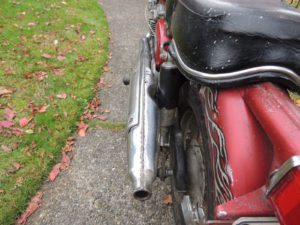 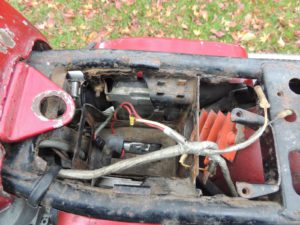 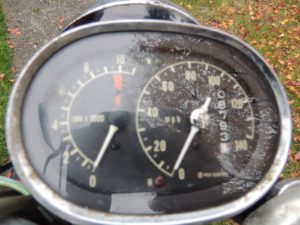 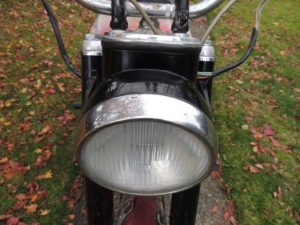 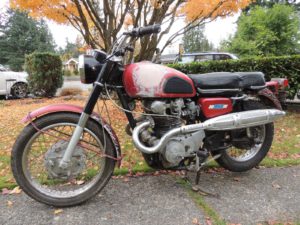