The signifcant ‘D’ parts are the orange-red tank, (which has right side dents and is missing the two tank emblems) the seat (which needs rehab, new foam and seat cover), also it has the two orange side covers (the left side cover has about a 1″ slight crack from the bottom up near the middle), and the rear fender tail light assembly/fender.

This appears to be an actual dealer installed ‘D’ kit. It is a moot question whether the dealer installed the kit or an owner did. The fact is, the ‘D’ kit parts are on the bike. Several folks that should know have pointed out that the engine is probably a later 350 CL maybe CB, and I have no information to suggest otherwise. The title shows the year as 1968. As you know, that was the year the motorcycle was first sold.

Based on internet info, CB450 serial #’s Starting with 101… were produced in 65 and 66. We are guessing that this bike sat for a year or more as a Black Bomber before getting “kitted” at the dealership and becoming a CB450D. Serial: CB450 1019005. Title is original State of Illinois issued in 1971 to probably the 2nd owner. It is signed off, and lein holder is signed off. So basically what is available is the front fender (actually a Black Bomber K0), headlight assembly (small damage to cowling and lamp retainer on right side) and tach-speedo, which needs repair, and the ‘D’ kit including tank less 2 side logos, and a couple of dents on right side, original gascap, rear fender with ‘D’ tail light installed, and both side covers, left side cover with small crack about 1″ long bottom middle).

The rest of the bike is the wheels, cables, wiring harness, which looks very good, and the frame-title. Also the engine which is not correct for the bike. (which is why there are no upper tail pipes)., 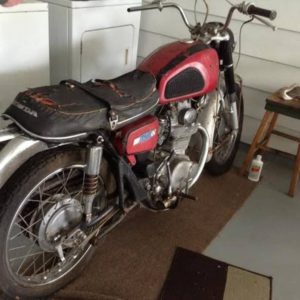 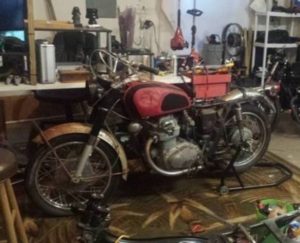 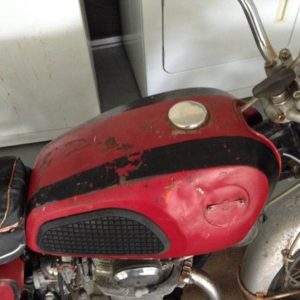 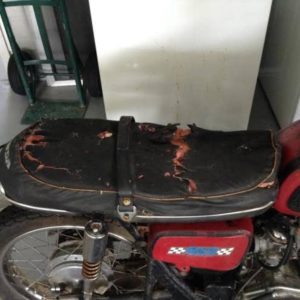 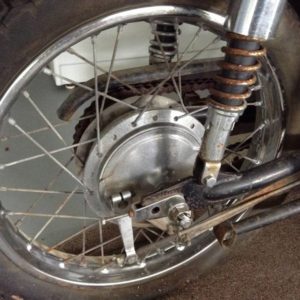 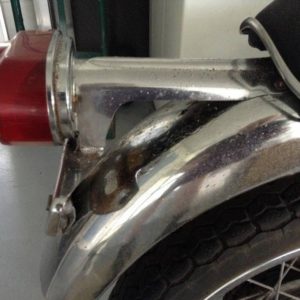 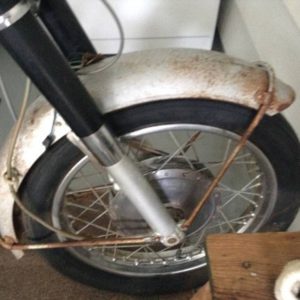 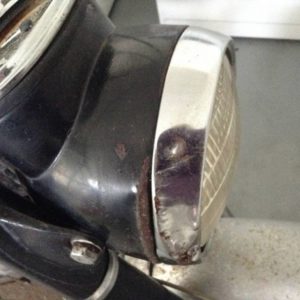 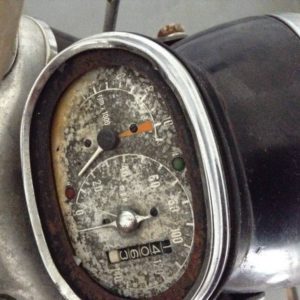